We are proud to announce that the latest exhibition, which explore the chemists, painters and posters of Mere is now live!

There are many interesting stories within the exhibition which traces the highs and lows of these three areas. The earliest recorded chemist was Edwin Bracher in 1857. They had a printing press in his chemist’s shop in what was then known as ‘The Triangle’, in a house now demolished at the far end of the Square (by the bus stop). His posters are variously signed: Edwin Bracher, Printer and Chemist, Mere, E.Bracher, Printer and Stationer, Mere etc.

Find out more by visiting the exhibition. 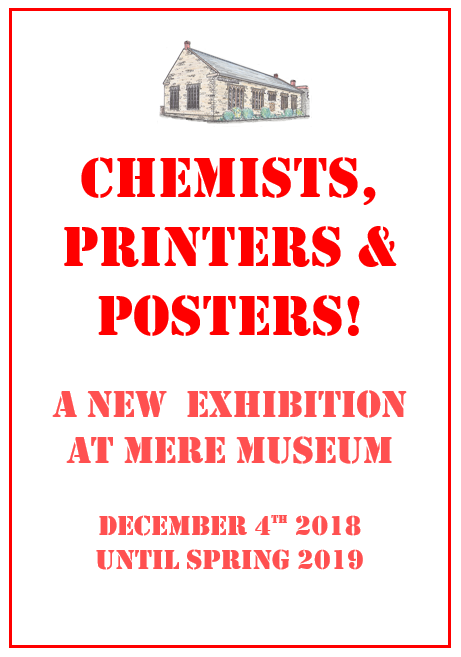